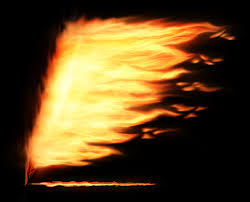 When you sit down to write, do you hear applause or hear yourself saying no one will read this?  If you hear the latter, that’s your inner critic. It happens to the best of us.  As Steven Pressfield states in his book The War of Art, creative people fight resistance, and to overcome; we must fight it like a pro.  Here are three hacks to combat your inner critic:

Turn off the spellcheck or editing tool

This hack will help your writing flow better. There is nothing worse than seeing a highlighted or underlined word in the middle of you completing your thought.  It’s the same feeling you had when you submitted your paper, and your professor drew on it with a red pen. Spell-checker or any editing tool interrupts the flow, and it makes you second-guess yourself. The focus should be writing. You’ll have plenty of time later to edit.

Write with Pen and Paper

Although technology is great, some old-fashioned things you shouldn’t get rid of like pen and paper.  Writing with them limits interruptions from your inner critic because you’re exploring your creativity.  The thoughts flowing with your hands keep you in great company and in touch with the writing craft.

Talk to Your Inner Critic

View all posts by charlettewrites